In this article, you will learn -

1. Get the response data from API#

In the preceding article you have learnt how to pass input parameters in a API. In this article, we will show how to retrieve the data from response and parse the data in the way that you need to display.

To retrieve the API response and display it to the user, follow these steps - 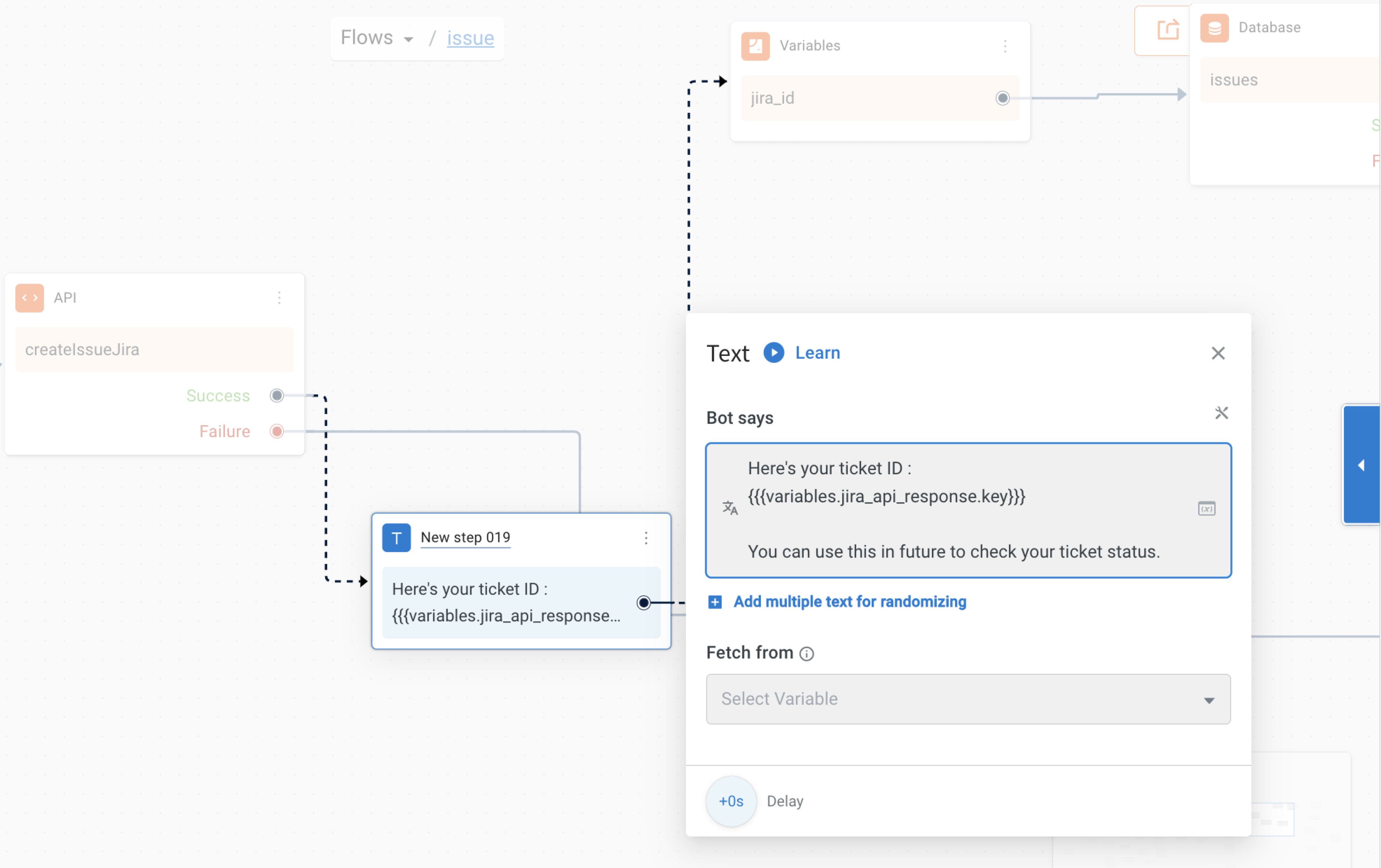 When a user inputs values through the conversation, the bot displays the ID.

With the preceding procedure, you get the response object. You can use Function to alter the structure and format of the raw data and show it in a more meaningful format.

Use the API section to invoke APIs. However, to parse and manipulate the API response, you need to use the Functions tab.

To parse and alter the response data, follow these steps -

In the transformation function, you can access the API response in ymLib.args. You can write your own logic in javascript to fetch only the fields you wish to have in the response of API. 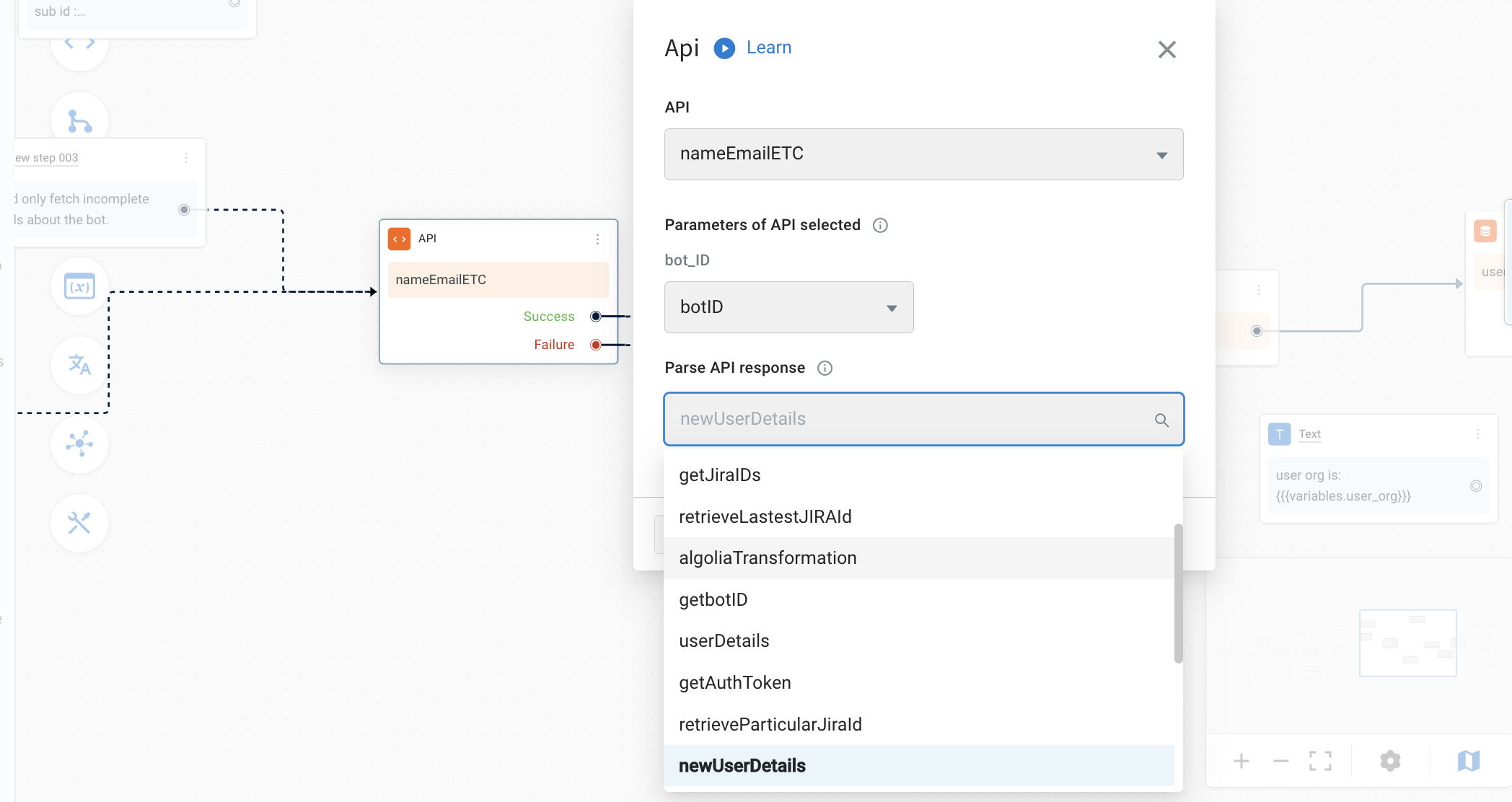