To create a new inbound campaign, follow these steps -

Also, see the different types of widget in Types of Inbound Widgets.

When creating a new campaign, if there is a similar type of campaign created already, you can duplicate the campaign instead of recreating the same flow from scratch. You can then customize it as per your requirement. Besides saving time, it also increases your productivity.

To duplicate an existing campaign -

Once you create a campaign, test it to ensure it's working as desired and has the defined look and feel.

To test an inbound campaign widget , follow these steps -

When there are multiple campaigns that were triggering at the same instant, you can prioritise which campaign to run. Campaign prioritisation ensures that no two campaigns are triggered at the exact same instant.

To change the priority of a campaign -

You can see the campaigns will get rearranged based on the newly assigned priorities.

Once you create a campaign, you can modify it, change the activation status, or delete it not required.

To manage your campaigns -

To archive, activate or deactivate multiple campaigns at a time, select your preferred campaigns and click on the desired option in Actions.

Widget types appear in Step 3, configuring Basic information. A user can do the following with a widget -

A Bar widget is an overlay widget that appears as a horizontal banner on the top portion of your website, as can be seen above. 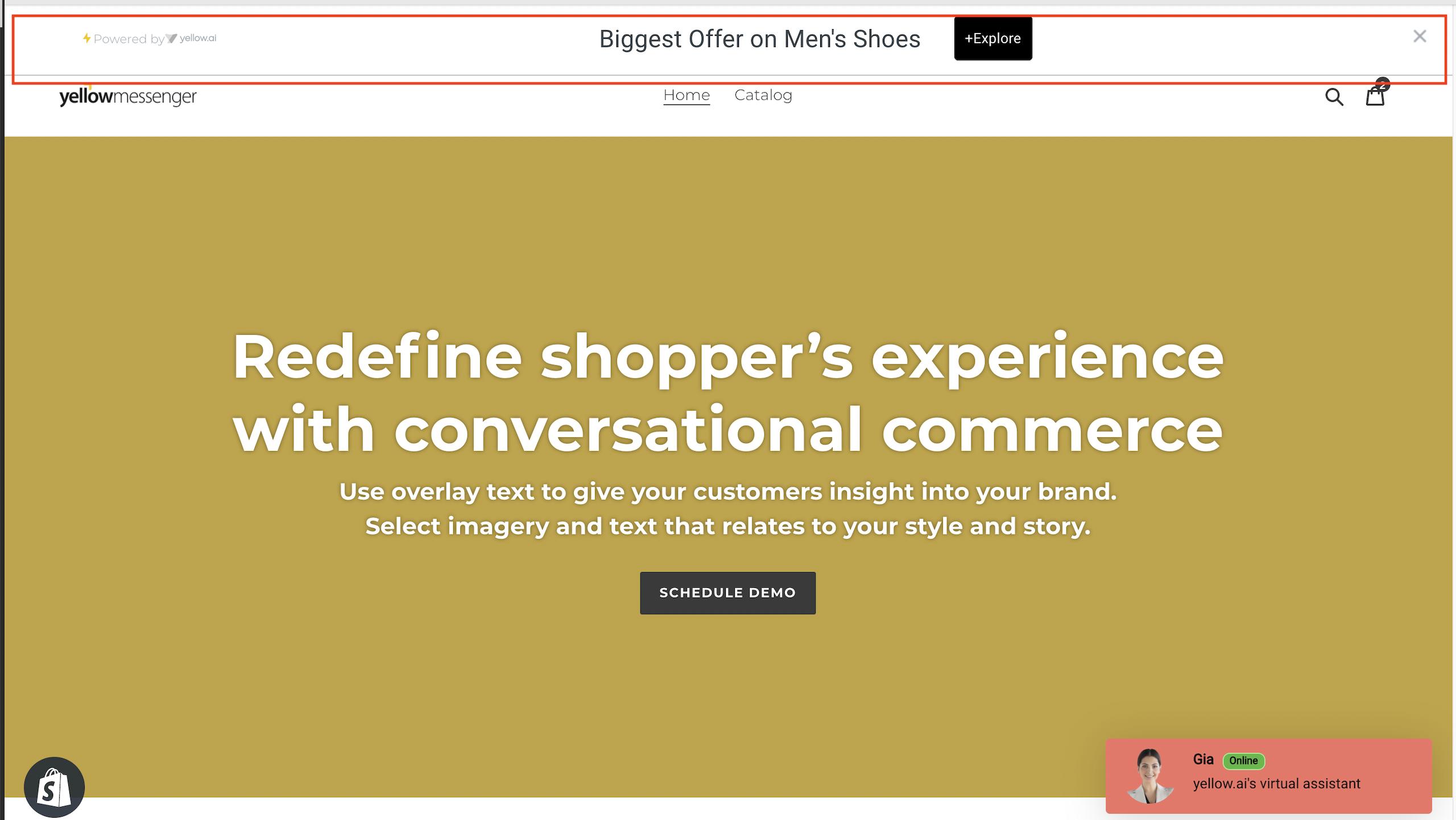 It is an overlay widget that slides from either to the left or right on your website as shown here. 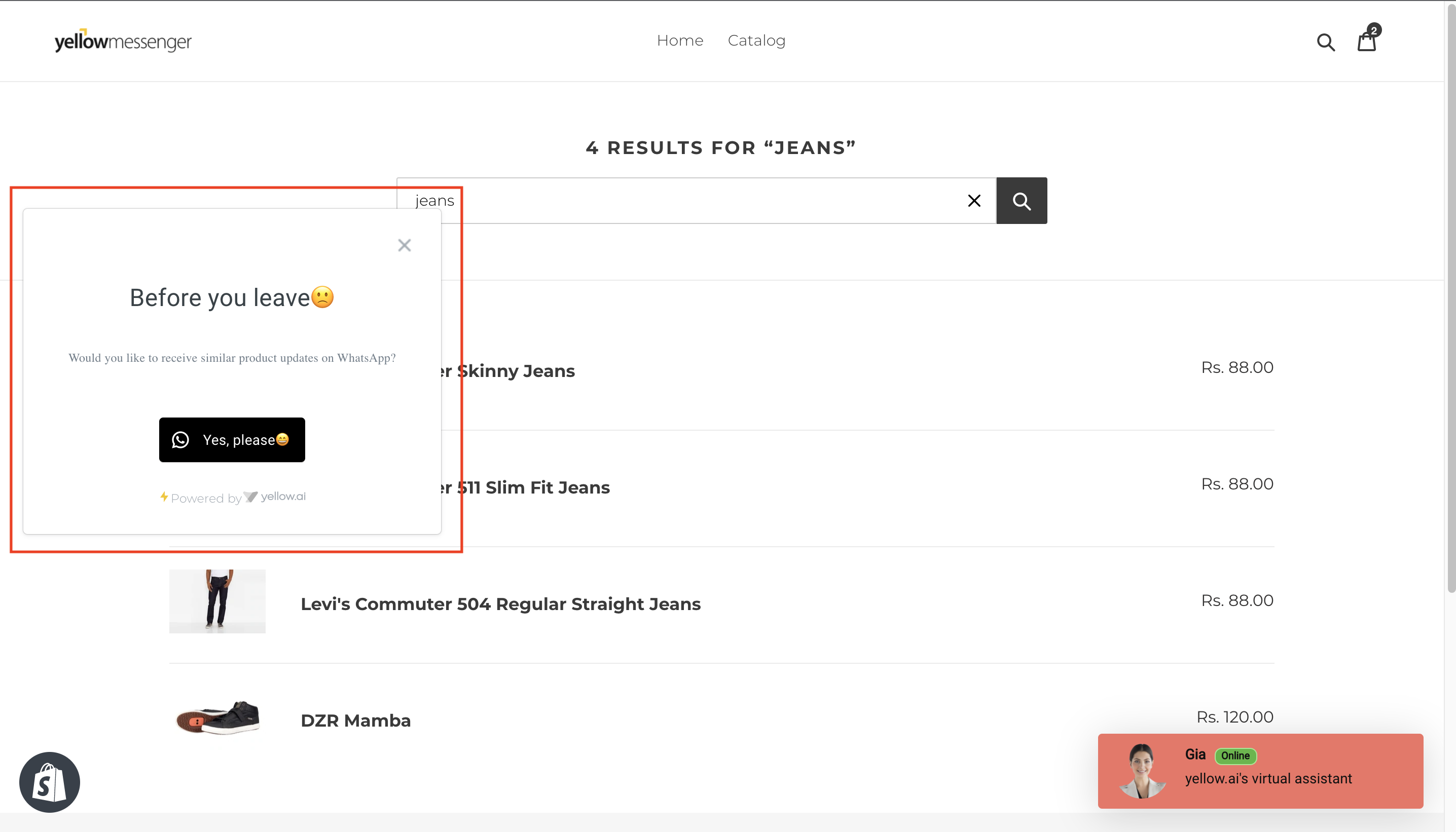 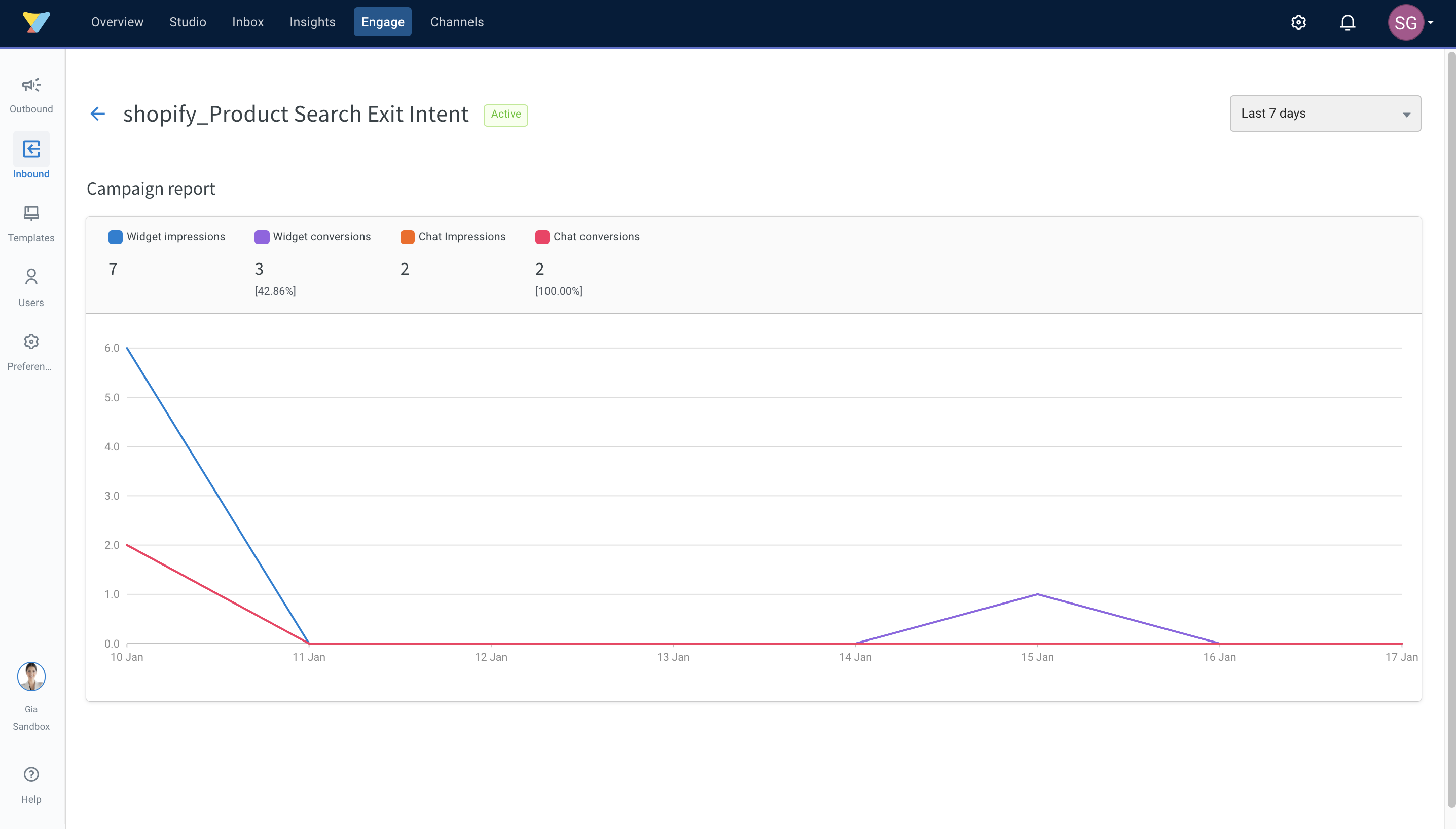 Unlike the preceding two overlay widgets, this one is a part of the chat widget itself that sits at the bottom right of your website.

Whenever this type of a campaign is executed, the chat widget opens up with the preconfigured journey, as can be seen in the following image. 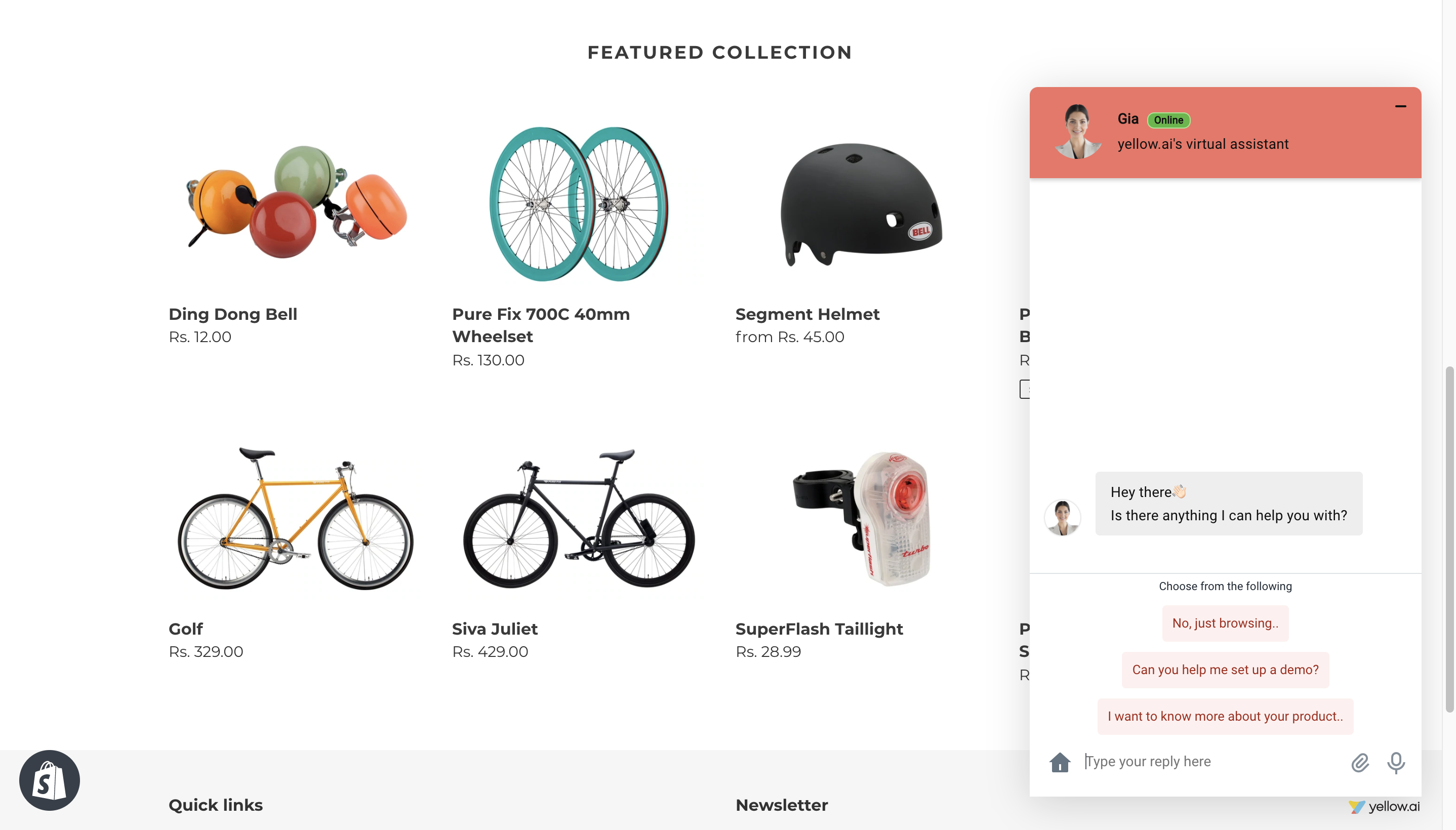 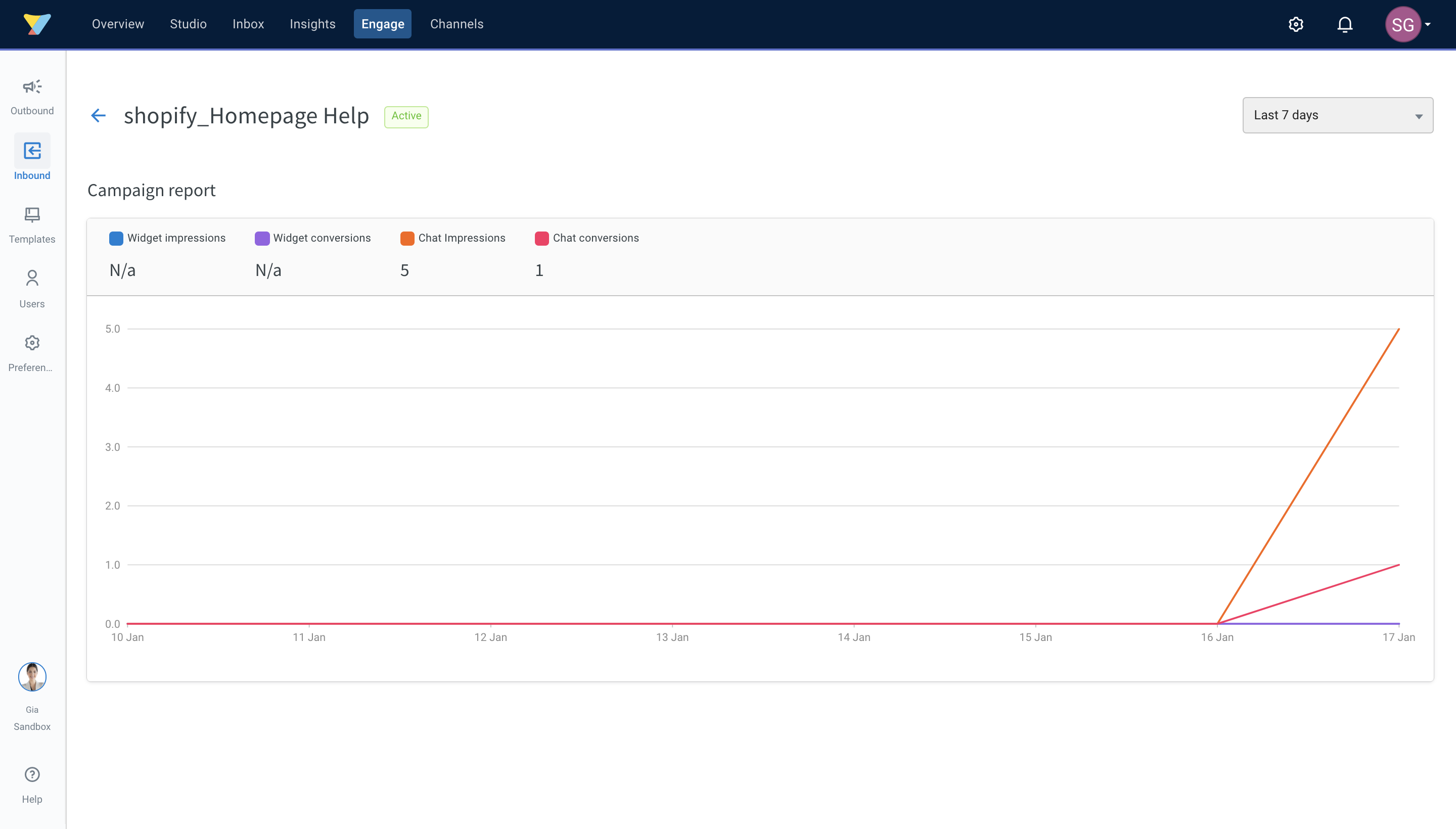