Importing users from a CSV and grouping them using Tags#

These names are case sensitive and the column header should not include spaces before/after.

If the userId is not passed in the CSV, yellow.ai creates and assigns an internally generated userId to each user.

Pre-checks before uploading the CSV#

To ensure that your users are imported successfully, ensure the following:

If any of these column headers do not match with any user property, the entire CSV import will fail.

You can pass the userId for the users being imported by creating a userId column in your CSV. However, keep in mind that no 2 user records can have the same userId. Know more about userId and it’s importance here.

Sometimes you might notice that the exact number of records you imported through CSV won't show up in the users table. This could be because some of the records being imported were merged with existing records.

Once you import a CSV file, you can check what happend with the records. You can see the count of new entries added, entries merged, and failed entries.

New users might not be created with all entries you upload. The following are the possible reasons: 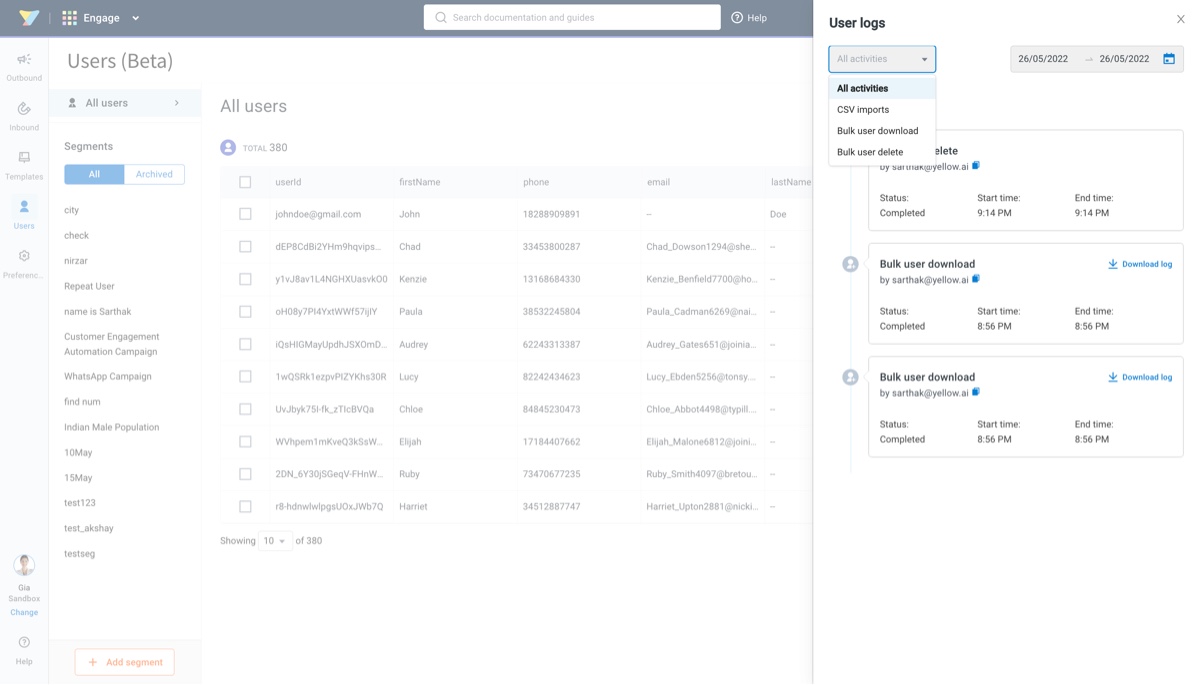